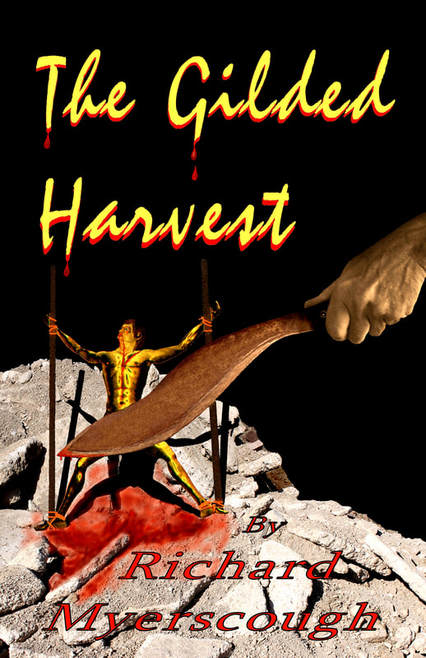 The Gilded Harvest  is a novel about people surviving in a world seventy-five years after solar flames disrupted the earths gravitational fields and created a new world with no fixed poles.  A world were all the rules of electricity no longer apply.   In the shift, mountain ranges were pulled apart to make way for large inland seas.  The icecaps melted and created a world void of farmland to feed the masses.  Fighting over what is left, both nuclear and tribal warfare erupted leaving behind a global wasteland.  After all resources had been pillaged, mankind slowly began to see its weaker members as meat.  As more and more small groups of survivors crawled out of the mineshafts, tunnels and fallout shelters, each found their own way to survive.

The novel shows what the offspring of modern man could be capable of if they were thrown back into the dark ages.  Without plants and animals to eat, humans are just a source of meat.  What would you be capable of, if you hadn't known any other way to survive?  Would you even care about the future of mankind as you rip flesh off your own brother's corpse?