The will to Survival is not only human,

it is firmly embedded in all living creatures 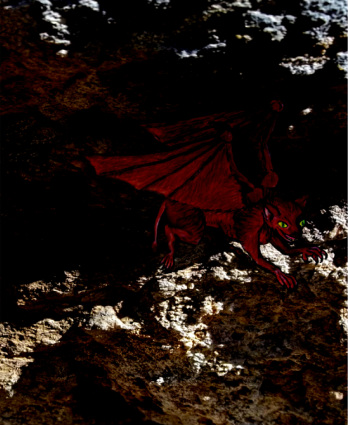 In the Bat Blood series, one of the messages that I would like to convey to my readers is that all creatures, no matter how ugly they look, deserve to live.

Just because someone looks hideous, doesn't mean that they are a monster.  Monsters are created in the minds of man.  In the animal kingdom there are only predators and prey.  The laws are simple - kill or be killed, eat or be eaten.

This is what I kept in the back of my head while writing Bat Blood.

Believing that a reader's time is valuable and should not be wasted, I try to write exciting, action packed page turners designed to draw in readers and make them wonder if what they are reading could actually come to life.

Writing a book worth reading does not happen over night, it takes time, education, lots of practice, tons of research, scores of rewrites and a mega amount of editing.

​In ' The Gilded Harvest ' I have tried to imagine how resourceful humans might be in a world void of plants and animals.  We have both the skills and knowhow to survive, but do we have the moral fibre.  To become a cannibal ( or put yourself in the mind of a cannibal ), you have to carefully weigh your options.  People are animals.  We are capable of doings whatever we can mentally justify to survive.

Believe it or not, I originally conceived the science-fiction aspects of Bat Blood in 1994 and it was going to be written for young readers, in the same style as the Goosebumps series.  I had wanted to write a book that my children could read and enjoy. However, every time I started to write it, both the characters and plot got darker and darker until it was no longer suited for young readers.  Even the title itself had changed a number of times, but 'Bat Blood' had always been a part of either the title or subtitle.  As the writer inside of me found what he was truly meant to write, I gave up the idea of a youth book and began write it the way it was meant to be written.  After about fifteen re-writes and a few total re-dos,  it steadily evolved into the novel 'Bat Blood'.  After having difficulty finding an agent, I wrote the prequel 'Bat Blood: The Devil's Claw'.

I had to re-write the original book 'Bat Blood' in order to turn it into  'Bat Blood: Unshackled Demons', the second book in the Bat Blood series.  In 'The Devil's Claw' Sarah was a nice girl, but I 'Unshackled Demons' Claraicy wasn't.  With highly improved cells infused into her body, Claraicy has all the strength and power not only to seek revenge on those who had abused her throughout her childhood, but also turn the sky over Northern Ontario into a war zone.

Although my son Marquis started me thinking about 'Bat Blood'  after asking me, "Could someone get AIDS from a mosquito bite?", if it wasn't for the inspiration that my daughter Claraicy gave me, and the support of my loving and loyal partner Laurie, it would never have been finished.  I have always loved writing, but trying to survive in today's world means sacrifices (a job/jobs to put food on the table).  That means putting everything on hold until you have time to breathe.  That was why it took me so long to finish my first book.  Hopefully, now they will just keep on coming.
Proudly powered by Weebly